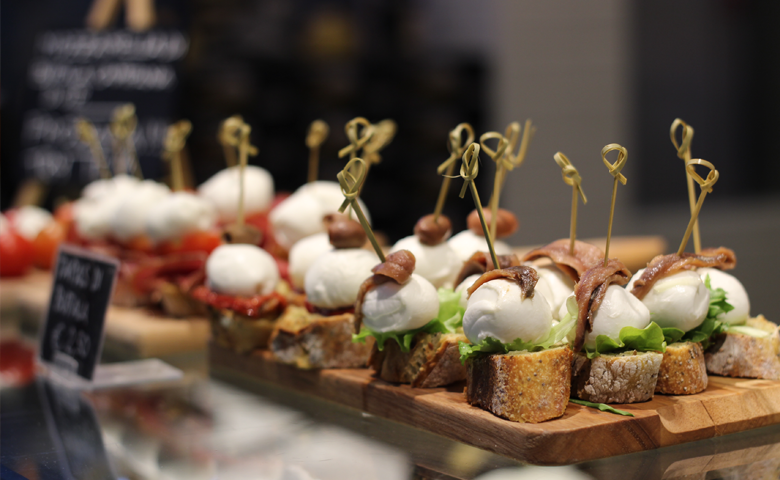 "Tell me what you eat and I'll tell you who you are" proclaims the famous saying from Jean Anthelme Brillat-Savarin. Italy is one of the symbolic countries representing this philosophy, and understanding Italian food, with its history, its variety and its genuineness, means knowing the culture and identity of an entire nation. The typical dishes, with their more, or less famous, regional variants, have been passed down for centuries and through their ingredients, tell stories of dominations and cultural, political and social contaminations.

To sit at the table in Italy is, therefore, a real sensory and cultural experience, through high quality ingredients and ancient culinary traditions, all to be discovered.

If we paraphrase another famous saying, "everything that is good is either bad or makes you fat", the same cannot be said about the cuisine of the Ol’ Country. It is no coincidence, in fact, that the "Mediterranean diet" has been recognized and protected by UNESCO, including it in the list of oral and intangible human heritage. Recently studied by the American physiologist Ancel Keys, it seems the origins of these eating habits are truly ancient, sinking their roots into a thousand-year history, in centuries-old traditions and in the activities of the populations facing the Mediterranean basin, such as fishing and agriculture.

Olive oil, cereals and bread, fresh cheeses and vegetables, a little meat, favoring fish: this seems to be the elixir of life, to which to add, in moderation, good red wine. The Mediterranean model is opposition to the states, provides for a "poor" cuisine, yet very tasty. The key to the success of this diet lies in the low consumption of red meat and generally, to the limited use of animal fats, which are predominant in the stars-and-stripes cuisine. This translates to a lower incidence of cardiovascular diseases, strokes, and particular types of tumors-evidence recorded in the early sixties, especially in Italy, where life expectancy was among the highest in the world.
Pasta with tomato sauce, bruschetta with extra virgin olive oil, pizza, vegetable soups and other goodies from the “Boot” are not only good, but they are healthy. On only one - and reasonable - condition, however: do not overdo it!

After all, as Horace put it, "est modus in rebus" (everything in proportion)!