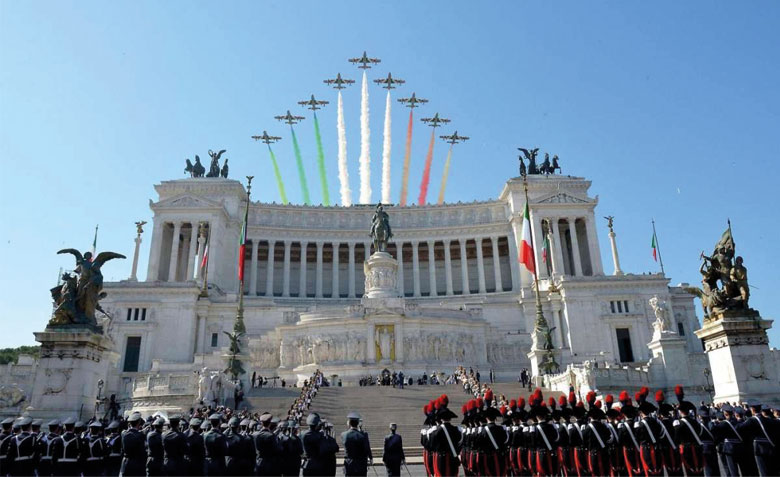 Spending the summer in Florence means experiencing the beautiful season immersed in poetry, between scenic terraces overlooking the city and enchanted gardens a stone's throw from the historic center, perhaps cooling off with a good ice cream. June begins with the celebration of one of the most important holidays not only for Florentines, but for the entire peninsula: the Anniversary of the Republic.

On June 2 1946, the Italian Republic was born and every year, on that date, we recall the referendum that seventy-three years ago marked Italy’s transition from monarchy to republic. After the end of fascism and the Second World War, the referendum called on the whole nation to rule on the institutional form. The majority of Italians expressed themselves in favor of the republic. But that’s not all! June 2 is a date to remember because it marked, for the first time in the nation’s history, the first vote by universal suffrage, that is, a consultation to which even women were admitted.

It is one of the symbolic holidays of our country, which is celebrated every year in Rome with a large military parade along Via dei Fori Imperiali and with the positioning of a laurel wreath upon the Patriotic Alter, by the President of the Republic. This tribute to the Unknown Soldier, an Italian soldier with an unknown identity who died during the First World War and who represents all the Italian victims and missing in the war, is made even more solemn and scenic, by the acrobatics of the Frecce Tricolori, the special Air Force patrol.

The Anniversary of the Republic has been celebrated every year since 1948; however, it was not until the late 1970s, due to the economic crisis, that the commemorations were moved to the first Sunday in June to allow Italians not to miss a work day. In 2000, the traditional celebrations and the military parade were reinstated.