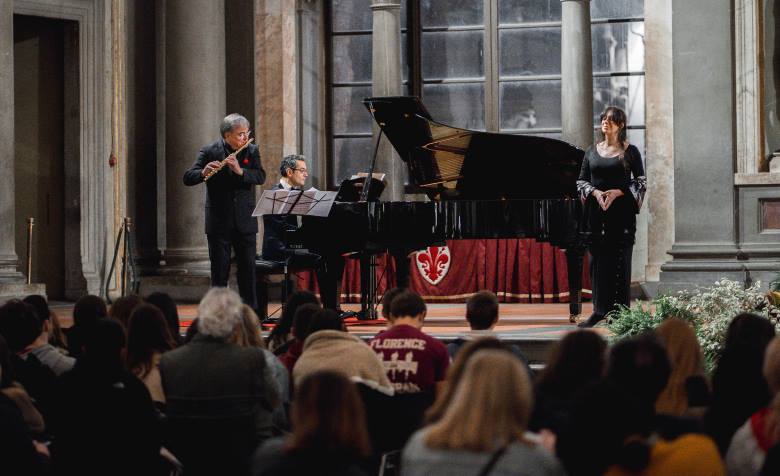 Florence is not only a capital of the arts, but a grand cultural lab, capable of welcoming and forming students and artists from all over the world. In fact, on February 5, the city welcomed five hundred American students in the Salone dei Cinquecento. In the majestic Palazzo Vecchio, symbol of city-life, mayor Dario Nardella, US Consul Benjamin Wohlauer and the President of Aacupi, Portia Prebys, presided over the Welcome Day; an annual initiative organized by the American universities in Florence to welcome the hundreds of young people who decide to spend an educational period in the city, enrolling in one of the 42 academic programs for foreigners active in the area.

To enrich the ceremony, testimonies were heard from some former students, forerunners in a course of study in Florence, which led them to pursue a successful destiny, cultivating their dreams or developing other new projects. This is the case of Alessandro Pugliese, who in parallel with his studies, is developing a project on soccer as a tool for integration for migrants in Italy. Or Lauren Berardi, with a Degree in Art History in Florence, and now about to undertake a new master's degree in archival and museum studies, with the intention of continuing to live in Florence. Or even by Molly J, who became, in her own words, part of the "great Versace family". A success for the whole city, also represented through a special award, presented to Alessandro, Lauren and Molly.

For the occasion, the Salone dei Cinquecento hosted the extraordinary concert of three of our most prestigious teachers: Roberto Fabbriciani, conductor and flutist, Susanna Rigacci, soprano, and Cristiano Manzoni on the piano, in a sort of welcome with high artistic potential in a city that counts the Fine Arts as one of its strengths.

Many of the foreign students in Florence, in fact, choose an academic program linked to art history and humanistic subjects. Every year about 35,000 students come to study in Italy from North America, of which about 15,000 choose Florence. Numbers that show how the Aacupi programs, to which more than 40 international Universities belong, are able to bring economic benefits to the city, as well as wealth in cultural terms.

To top it all off, another excellence of the territory: the most representative gastronomic products of the Tuscan tradition in the menu signed by Eataly.