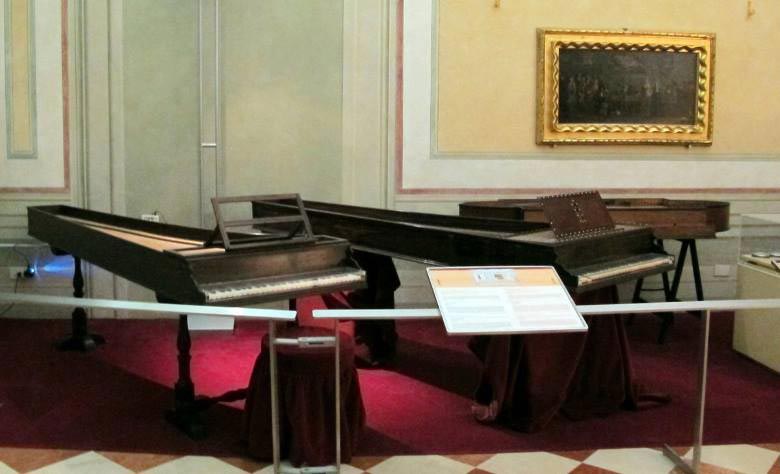 Just a few steps from our school, in Via Ricasoli, lies the Galleria dell'Accademia, one of the most visited museums in the world. Its corridors are home to seven sculptures by the brilliant Michelangelo, including the famous David, but perhaps not everyone knows that inside is an incredible collection of musical instruments. In fact, since 2001 the Gallery houses, in the area once dedicated to the monastery of San Niccolò a Cafaggio, the Museum of Musical Instruments, with an exhibition of about fifty pieces from the collections of the Grand Dukes of Tuscany, Medici and Lorraine.

The collection, granted to the Galleria by the Conservatorio Cherubini di Firenze in 1996, covers two centuries of history, from the seventeenth century to the nineteenth century, and is a testament to the fundamental role played by music in the Medici court. At the court of Lorenzo il Magnifico, for example, "Canti carnascialeschi" were born, while in the Renaissance period "Florentine Camerate" were staged, along with the first melodramas; ancestors of the opera.

And at the Medici court, precisely under Ferdinando I, an instrument designed to revolutionize the entire history of music is born: the fortepiano, which will later evolve into the current piano. Designed by Bartolomeo Cristofori, a craftsman called to court in 1688 as a manufacturer of musical instruments, the fortepiano allows the production of a more nuanced sound texture and more articulated dynamics, distancing itself from the monochromatic nature of the harpsichord.

In addition to the oval spinet and the ebony harpsichord, both built by Cristofori, and the marvelous example of the upright piano - the oldest existing - among the most valuable pieces of the museum, stand a cello and a tenor viola by Antonio Stradivari made in spruce and maple, both for the Quintetto Mediceo, an eighteenth-century Stradivari violin, and a cello by Niccolò Amati from the mid-seventeenth century.

In a special section of the museum, you can also listen to the original pitches and tones of the instruments, reconstructed thanks to special multimedia technologies.