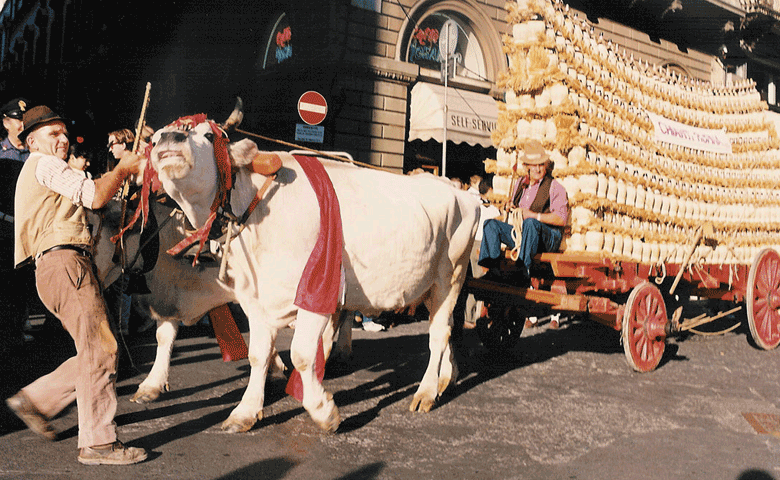 Among the Tuscan excellences known all over the world, wine, undoubtedly, holds a special place. The Chianti region is in fact famous for its grapes that give a unique product, with a bright ruby color and unmistakable aroma.

With the vines located on the southern belt of the Tuscan Apennines, the Chianti region extends from Pistoia to Siena. The first documents mentioning the "Chianti" date back to the thirteenth century, referring to the "League of Chianti", an institution that included the three "terzieri", or neighborhoods: Radda in Chianti, Castellina in Chianti and Gaiole, circumscriptions that allowed Florence to manage the territory more easily.

The northern area of Chianti extends from Mugello to Pontassieve and Rufina. And from Rufina every year, at the end of the harvest, the "Carro matto" takes off, a cart pulled by oxen that carries almost three thousand flasks, or shall we say, an entire cellar, stacked to form a triangular prism. It is a real town festival that evokes the traditional offering of new wine to the Florentine Signoria by the Arte di Vinattieri and which is still represented today.

The wagon would arrive in the city and make a first stop in Via dei Calzaiuoli where it received the blessing, and then proceeded to Piazza della Signoria, where the standard-bearer would toast in honor of Florence. Once again, this year, on September 29, the festive tradition will be reenacted: a procession will start from Palagio di Parte Guelfa to reach the "Carro Matto" in Piazza del Duomo where it will receive the blessing and then continue to Piazza della Signoria for the traditional offering of wine, followed by the festivities with music and a performance from the official flag-throwers of the Uffizi, in their flamboyant drapes.
Are you ready to celebrate the arrival of new wine in the city?