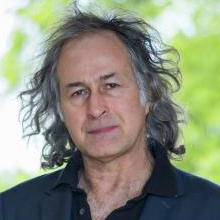 Teaching Professor and Professor of the Practice, Faculty of the College of Arts and Sciences, Department of Music
Washington University in St. Louis

William Lenihan teaches courses in Jazz Theory, Jazz Improvisation, and Jazz and Classical Guitar while maintaining an active life in performance and composition. He performs throughout the U.S. and Europe as a jazz musician but also concertizes performing classical music and electronica. He has performed many times in recital in Europe and USA. as classical guitarist with ensembles including Grammy-award winning Saint Louis Symphony Orchestra, Opera Theatre of Saint Louis and The New Music Circle where he has played the opera and chamber repertory of modern works which include guitar. As a studio guitarist he has played on numerous film and television soundtracks and recordings. In the world of jazz William has played clubs, concerts and festivals in New York, Chicago, San Francisco, Los Angeles, and throughout Europe. He has performed or recorded with Marc Copland, John Patitucci, Ralph Towner, Dave Weckl, Michael Brecker, Ron Carter, Bob Brookmeyer, Chick Corea, and many others. At the university he is the musical and artistic director of the Jazz at Holmes concert series which has featured numerous international musicians such as Dave Liebman, Pat Martino, John Scofield, John Abercrombie, Gary Peaccock and others. His primary teachers in jazz were Richard Beirach, Ralph Towner and Gary Peacock [ECM Records]. He studied composition in masterclasses with a diverse group of composers including Pierre Boulez, Nicholas Slonimsky, Henry Mancini, Bruce Broughton, Jerry Goldsmith and others. At once a composer for film and multimedia, he has composed and produced music for a variety of network television and film projects including collaborations with George Lucas, Ron Howard, David Wheatley, PBS, CBS, NBC, ABC and The Discovery Channel. He also has composed music for a number of trailers including James Bond, License to Kill and many others. His film music has been aired in the U.S., Europe, Australia and in Hong Kong. He is the recipient of a number of awards for film and commercial composition and author of five books on music theory, guitar and improvisation.