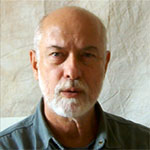 Fabruccini was born in Uruguay in 1949, where he completed his youth training, studying at the National School of Fine Arts ENBA and the Pedagogical Institute for IPA teaching. In 1975 he received the National Graphic Arts Competition Award, consisting of a two-year stay in Italy. Since then he has lived and worked in Florence. He has exhibited his works in Italy, Germany, South America, United States, at private galleries and Institutions such as the Galleria Nazionale d’Arte Moderna di Roma, l’Istituto Italo-Latino-Americano, il Museo National de Arte Plasticas di Montevideo, il Museo “Gallino” Salto-Uruguay, the State Archives of Florence. His works are part of several public and private collections. PAINTING - ACQUERELLO