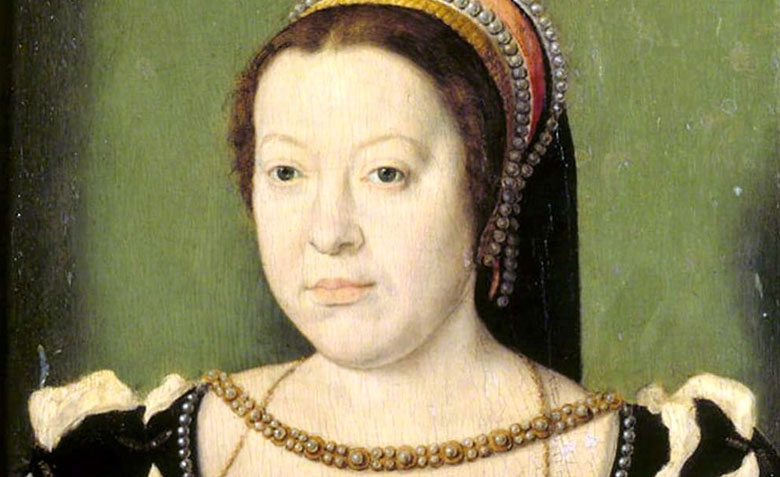 Falling in love with Florence is easy: all it takes is a walk along the riverbanks, getting lost in the streets of the city center and being inspired by the extraordinary works of art that populate every corner of the city. This centuries-old beauty has inspired brilliant minds and refined artists, but few tell the stories of the women who have made it into the city of incredible majesty that we all love.

Among the most renowned “Florentine Madonnas” ), stands the figure of Caterina de 'Medici, sovereign consort of France in the sixteenth century, a woman with a fine talent and a skilled strategist.

Catherine is a controversial figure, still today surrounded by mysteries and legends. Daughter of Lorenzo de 'Medici Duke of Urbino, Caterina Maria Romula de' Medici was born in Florence in 1519. At just fourteen, she was given in marriage to Henry, Duke of Orléans. Although of lower rank than the future regent of France, the marriage agreement was propitiated by Pope Clement VII - cousin of Catherine - who feared that the then rampant Protestantism could also threaten the Kingdom of France.

At just twenty-eight, she was crowned Queen of France alongside Henry II, but their reign was short-lived. The king, in fact, lost his life in a duel in 1559, yet Catherine did not resign herself to the role of an inconsolable widow. Despite the mourning clothes, which she dressed for the rest of her life, Caterina devoted herself to political commitment: her three children succeeded each other on the throne, although they were all extremely young and frail. In fact, it will be her, as guardian of the sovereigns, to govern the kingdom for almost two decades.

From her work emerges the personality of a tolerant sovereign, inspired by pacifist currents. Yet her figure would seem to be linked to the terrible massacre of the night of San Bartolomeo, between 23 and 24 August 1572, in which thousands of Huguenots were brutally murdered. Her involvement was never actually proved, but the accusations indelibly undermined her public image.

An inquisitive, intelligent and cultured woman, Caterina is also curiously remembered for her gluttony. In fact, she imported the best Tuscan chefs to Paris, giving way to "French cuisine".