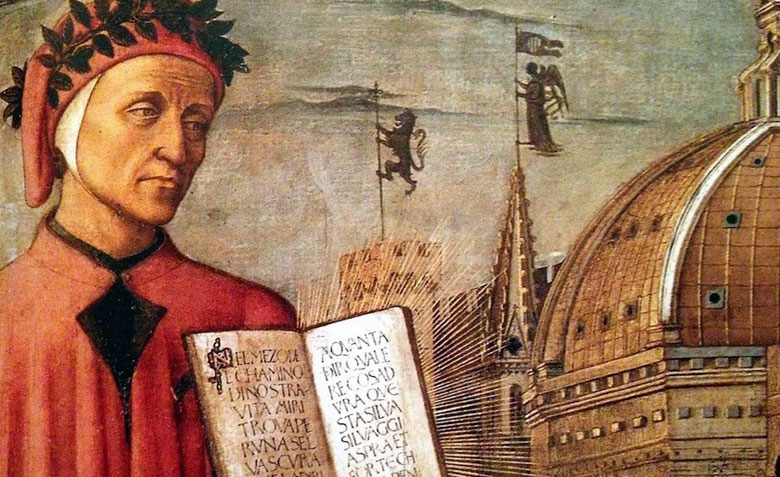 "Si tuscanas examinemus loquelas non restat in dubio quin aliud sit vulgare quod querimus quam quod actingit populus Toscanorum". It is Dante, in his "De vulgari eloquentia" speaking, the father of the Italian language, reflecting on the illustrious vernacular as a linguistic model for Italian, stating, "if we examine the Tuscan dialects there is no doubt that the vulgar we seek is that to which the Tuscan people draw from”.

Dante himself with his monolithic "Commedia" elevated the vernacular to a literary language, dispossessing Latin, before then, an official international language. The vernacular, at the time, was divided into numerous dialectal variants resulting, in fact, in a heterogeneous idiom spread throughout the peninsula. At the Scuola Poetica Siciliana - in addition to the introduction of the sonnet as the main metric – he is credited with having, even without an actual formalization, ennobled the use of the vernacular, including it in written literary production.

That of the Sicilians - more than an academic institution, a real cultural movement - was a "high-level" vulgar, courtly, but not codified and for this reason a uniform linguistic standardization remained in fact, impossible. The question of language will remain an unresolved problem for centuries: a heated dispute, which will unfold throughout Italian history and which will accompany its political and social events.

Not only Dante, but also Boccaccio and Petrarca: these are the absolute references of the Italian language that Pietro Bembo, a great sixteenth-century humanist, proposed to formalize the use of the fourteenth-century Tuscan vernacular in the "Prose della volgar lingua".

Even in the following two centuries, the linguistic debate will always be alive and thriving, but Alessandro Manzoni will mark a decisive turning point. In his "Of the unity of language and the means of spreading it" of 1868, the author of the "Promessi sposi" attributes to the Florentine vernacular an essential role in the unification - not only linguistic, but also social and cultural - of Italy. In those years, the unity of the country was very recent history : the Kingdom of Italy was in fact proclaimed only seven years before, on 17 March 1861, as a testament to the deep interweaving that links language and society.

The Florentines are particularly proud of their speech, which they do not intend to diminish into dialect, but to which they refer as a real language. Studying the Italian language in Florence , right here, where it was born, offers a historical, cultural perspective and, why not, an undeniable artistic depth.