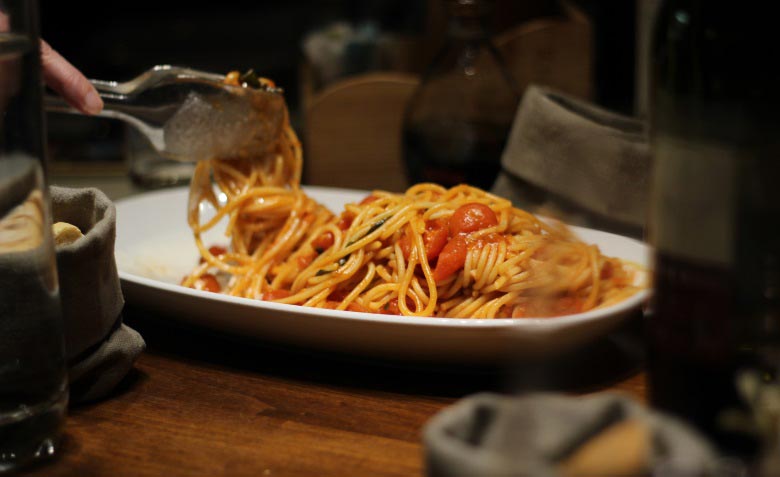 There are many ways to say Made in Italy: through art, culture, fashion. However, Italy is also world-renowned for good food as well. Italian cuisine is known and appreciated all over the globe: there is no country in the world that has not tried to reproduce or imitate traditional Italian recipes. If you’ve just arrived in Italy or intend to stay for a while, there is one dish that you must try: spaghetti, which has become a symbol of our national heritage. But, where and when does spaghetti actually come from?
After years and years of disputes between Italians, Arabs and the Chinese, science has finally come to settle the question of the origin of spaghetti: they originated in China, as evidenced by a plate of spaghetti discovered by the archaeologists of the Institute of Geology and Geophysics of the Chinese Academy of Sciences in the town of Laja, dating back to 4,000 years ago. The spaghetti dish is still intact because it was turned upside down following a natural catastrophe, most likely an earthquake.
In Italy, however, the first evidence of this type of dried pasta dates back to Sicily in the times of Ruggero I. In his 1154 book, the geographer tells of Trabia, a small village near Palermo, where a type of pasta called 'itrya” was made (from the Arabic itryah which means "thin focaccia cut into strips”), and exported in large quantities throughout the Mediterranean. In the early 1800’s, early signs of mass production of pasta began in Naples. It is in fact in the work of the Neapolitan poet Antonio Viviani "Li maccheroni di Napoli", that the term spaghetti is first seen (as a diminutive of spago: "string").

Initially, the spaghetti was seasoned mostly with olive oil, cheese and pepper. The tomato, imported from America, was introduced only later on. It was thanks to the mild climate of southern Italy that this plant began to be cultivated and turned into an excellent sauce. The first testimony to this, is found in a Neapolitan Nativity scene housed in the Royal Palace of Caserta, where two peasants are seen rolling up the red-colored spaghetti. In the late 1800’s, the first recipe of pasta combined with tomato was published.

You will certainly find a lot of photographic material on Google that illustrates how in the city of Naples and in other parts of Southern Italy, even at the end of the 1800’s, spaghetti was eaten with one’s hands. This is because the forks used at the time were rather sharp and impractical. From a political standpoint, this made spaghetti unthinkable at state dinners. Pasta was considered a food suitable for the people and not for the aristocracy. It was thanks to court chamberlain Gennaro Spadaccini, with the support of Ferdinand II of Bourbon, that the size of the fork was reduced. From then on, the "maccheroni di Napoli" began to be consumed even at court and soon became widespread.

To date, spaghetti is one of most representative dishes of Italian tradition and of the Made in Italy. Are you hungry yet?