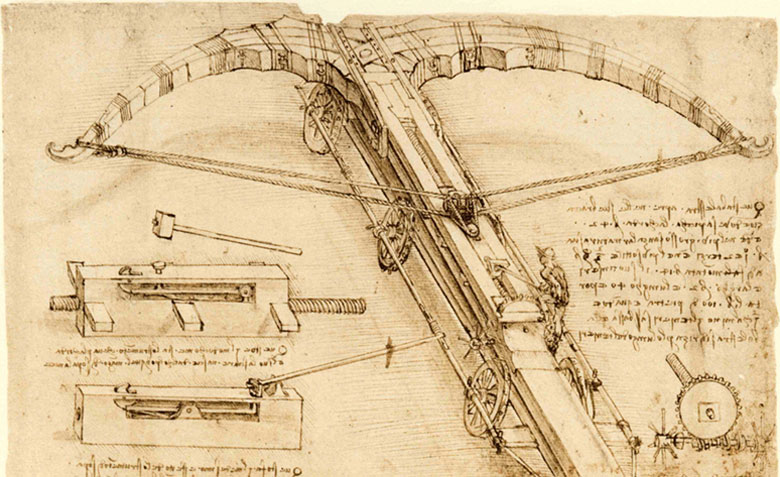 Twelve autographed drawings of Leonardo are arriving to Florence: the celebrations of the five hundredth anniversary of one of the most brilliant minds in the entire history of humanity are not stopping. Starting Friday, March 29, they continue with the exhibition in the Sala dei Gigli of Palazzo Vecchio of the Codex Atlanticus, on loan for the first time from the Ambrosian Library in Milan.

After that of the Leicester Code at the Uffizi, which inaugurated the Leonardian year, it is time for another unmissable exhibition: “Leonardo da Vinci and Florence. Excerpts chosen from the Atlantic Code". The exhibition, running until June 24, is curated by Cristina Acidini, president of the Academy of Arts of Design in Florence and focuses on the Tuscan capital, a city in which Leonardo was formed at a young age, from which he drew inspiration, and that he never really forgot.

"Florence with Leonardo and Leonardo with Florence", this is the common thread that accompanies the visitor to discover the twelve leaves extracted from the "Codex Atlanticus", the largest collection of drawings and writings of Leonardo da Vinci. A deep and indissoluble bond between a man, his brilliant mind and the city that inspired him. The exhibition ends with the painting "The bust of the Redeemer" from the Pinacoteca Ambrosiana and attributed to the Salaino, one of Leonardo's most faithful assistants.

The Codex Atlanticus is of an impressive vastness: from architecture to medicine; from mechanics to astronomy; from art to anatomy; from hydraulics to urban planning, Leonardo was able to move with ease from one field to another, anticipating the times with unparalleled intuition and genius. At the end of the sixteenth century, Pompeo Leoni, a sculptor, recovered a substantial number of handwritten papers and reunited them in this impressive work. An interesting fact? The "Atlanticus" attribute comes from the fact that annotations and drawings were made using support pages originally intended for geographic atlases.

Also for the occasion of the Leonardian year, Palazzo Strozzi and the Museo del Bargello, since March 9, host the first major retrospective ever dedicated to Verrocchio, who was a master of Leonardo: paintings, sculptures and drawings for a total of more than 120 pieces, coming from the most prestigious museums in the world such as the Louvre, the Metropolitan in New York, the London-based Victoria & Albert Museum and the Rijksmuseum in Amsterdam. It is one of the leading events of the year of Leonardo, under the supervision of two of the greatest experts in the art of the fifteenth century, Francesco Caglioti and Andrea De Marchi.