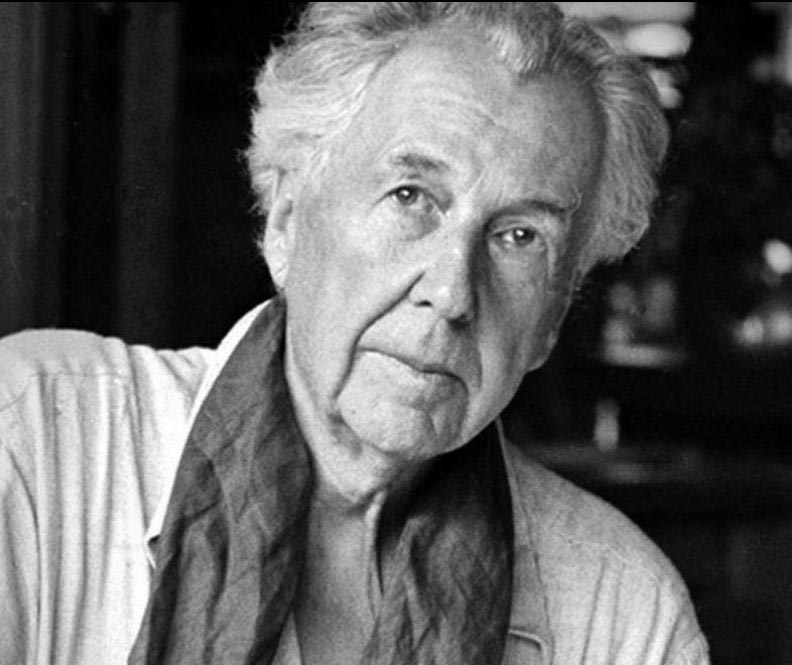 As you may well know, our Accademia is located in the prestigious Palazzo Niccolini, on Via Cavour, on an axis that ideally connects Piazza del Duomo to Piazza San Marco. And yet, perhaps not everyone knows that the first Italian electric tram line, which connected Florence to Fiesole, was inaugurated on September 19, 1890, right from Piazza San Marco. And that twenty years later, along that road, one of the most brilliant and extraordinary architects of modern times stayed: Frank Lloyd Wright.

Staying in Fiesole was truly a voluntary exile. The visionary American architect, exasperated by a failed marriage and unfit for family life, took advantage of German Wasmuth’s invitation to Europe to carry out the publication of an illustrated volume of his pieces, the first large collection dedicated to his works, and in 1909 he left the United States to go to Berlin.

Driven by restlessness, Wright set off for Italy, until he reached Florence, where he fell madly in love: "In ancient Fiesole, far above the romantic city of cities, Florence, in a little cream-white villa on the Via Verdi, the rebel. How many souls seeking release from real or fancies domestic woes have sheltered on the slopes below Fiesole! ", he wrote in his autobiography.

During the Tuscan period, Wright produced an introductory essay to the "Ausgeführte Bauten und Entwürfe von Frank Lloyd Wright", the collection dedicated to his works and completed, with the help of his eldest son and illustrator Taylor Wooley, a hundred loose plates in which he presents the images of his projects.

But that’s not all. In fact, it is possible that the stay at Villino Belvedere in Fiesole, where Wright lived until 1910, inspired the future works of who - a few decades later – would be universally recognized as the greatest American architect of all times. The breathtaking view that embraces the whole of Florence and the small houses that emerge from the branches on the Fiesole hills could have in fact inspired Wright with the innovative intuition of harmony between man, architecture and nature, which in the following years will develop more concretely in organic architecture: the pioneering use of architectural spaces as part of a single ecosystem that includes the environment and the man who lives in it, of which the famous Kaufmann House is the perfect example.

Whether you live here for only a few months or choose to move to Florence permanently, know that no one is immune from that charm and poetry that inspired the greatest minds in history. In the words of Frank Lloyd Wright!