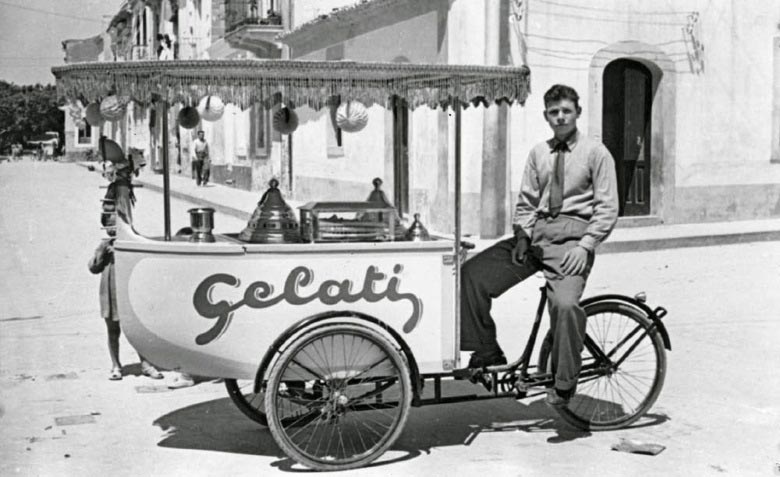 Summer is coming in Florence and with it, the long walks at Boboli and the enchanting sunsets over Piazzale Michelangelo. But with the arrival of the first hot days, another great protagonist is preparing to rage in the streets of the historic center: gelato!

From tourist groups to students relaxing after class; from the professional who treats himself to a rewarding break between appointments to families strolling through the city streets, with the joy of the little ones of course! We challenge you to find someone in town who is not savoring a creamy gelato.

Whether in a cone or in a cup, in a fragrant brioche, energetic smoothie or thirst quenching sorbets; from cream or chocolate for traditionalists, up to the most bizarre combos for those who can’t resist the exotic. Even gluttonous and enveloping or fruity and refreshing: you can really find a flavor for everyone!

Yet, despite being a food known all over the world, its origin is shrouded in legend: it is thought that the ancestor of ice cream, a mixture of ice, milk and rice was invented by the Chinese around 500 BC., using an ingenious stratagem to "make snow", that is, instantly cooling hot water over cold rocks. Others hypothesize that sorbet has more recent origins and that it was born in Sicily during the period of Islamic domination, between 827 and 1091. Here the Arabs would have imported the sugar cane that, added to a mixture of water and fruit, would freeze due to the lowering of the temperature obtained by the reaction of saltpeter with water, solution in which the container was immersed.

From the Far East to the Mediterranean Sea, what is certain is that Florence played a decisive role in the dissemination of this delicacy! There are two Florentines credited with the paternity of gelato: Ruggeri, the first, was a seller of chickens in 16th century Florence, who won a cooking competition at the Medici court presenting the most bizarre dish ever seen, “ice made from sweet and fragrant water”. Legend has it that Catherine de’ Medici, bewitched by this delicacy, took him to Paris with her as a pastry chef and that from there, his recipe spread throughout France.

The other is, undoubtedly, one of the Florentines with the highest talent and equally incredible versatility: we are talking about Bernardo Buontalenti. Architect, sculptor, set designer, engineer, Buontalenti was a student of Vasari and believed to be the true father of modern gelato. During the visit of a few Spanish ambassadors, he was instructed by the Medici to organize an amazing reception. Among the many brilliant inventions of the evening, he devised the recipe for zabaglione, a dessert made with milk, honey, egg yolk, wine and a cooling machine. Once frozen, this dessert becomes the "ice cream" of excellence, the famous Florentine cream, later renamed "Buontalenti" in honor of its brilliant creator.vvv