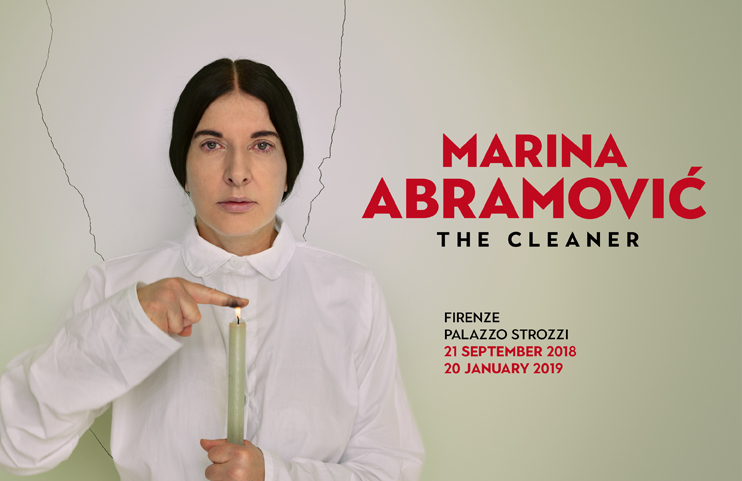 Florence is an international capital of culture and art. Located in the heart of Italy, its streets, its villages and its riverbanks, contain works of extraordinary beauty. Yet, the Tuscan capital is not just a city of art, but also a true creativity workshop, open to modernity.

An example? The cultural proposal at Palazzo Strozzi, which currently hosts "The cleaner", the grand retrospective dedicated to Marina Abramovič, which, in these days is enhanced with the extreme performance "The house with the ocean view", reinterpreted by the Finnish performer Tiina Pauliina Lehtimaki.

We have told you about the great cultural ferment that the city has been experiencing in recent years, calling it a sort of "contemporary Renaissance". Well, the exhibition dedicated to the Serbian artist, set up in one of the symbolic buildings of the Florentine Renaissance, perfectly represents the retelling of tradition that blends with avant-garde and totally changes the paradigm.

But there's more! That of the queen of the performing arts, in fact, is only the latest in a series of insights on the contemporary that Florence has hosted in recent years. Just think of the controversial works of the famous Chinese designer and activist Ai Weiwei who, on the occasion of the retrospective dedicated to him, placed s series of rafts on the first floor of Palazzo Strozzi on the mullioned windows: a huge provocation that literally shocked whoever was facing the massive façade of the building.

From September 21st until January 20th, this jewel of Renaissance architecture explores, with over 100 works, one of the most famous protagonists of contemporary art, which through revolutionary intuitions has revolutionized the idea of performance. Serbian artist, naturalized American, Abramovič has always investigated the relationship between art and the public, between the limits of the body and its possibilities of expression.

"The house with the ocean view" is one of the best-known and most representative works of this artistic expression: for 12 consecutive days, the artist lived in front of the audience - sleeping, washing and even using the toilet – inside of an installation, consisting of three suspended blocks, from which it was not possible to descend.

Staged in 2002 at the Sean Kelly Gallery in New York, for the first time the exhibition will be reinterpreted until December 16th, by one of the artists specially trained by Abramovič for the Florentine exhibition.

What about you? Have you visited it yet?