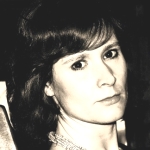 Kate Bolton teaches History of Music at the AEF and other prestigious English and American institutes. Before moving to Italy in 2007, she was Senior Producer of the BBC Arts and Classical Music in London where she produced concerts in the leading London concert halls, as well as festivals, documentaries and conferences. She has also won important international prizes and written numerous academic publications in her intensive career as a journalist and music critic.

THE HISTORY OF MUSIC 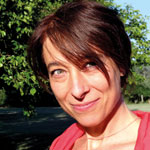 Soon after graduating with a Law Degree from the University of Florence, Valentina began her work in Human Rights, completing her training at the United Nations Centre for Human Rights in Geneva and the International Institute of Human Rights in Strasbourg. She then expanded her range of interests to Mindfulness practices, studying at the Santa Barbara Institute for Consciousness Studies and Greater Good Center of Berkeley University and collaborating with the University of Florence and Toronto. She works as a trainer; teaches in many American universities and is also the author of numerous publications on the subject of human rights.

With a masters of philosophy from The Queen’s University of Belfast, Vivien has been the stage director and/or costume designer for over 40 stageings of opera in major venues across the world, including the Maggio Musicale Fiorentino, Teatro Carlo Felice in Genoa, Bunka Kai Kan in Tokyo, Seoul Arts Centre in South Korea, Teatro Municipal in Lima (Peru), Teatro Solìs in Montevideo, Baltimore Opera. An author of numerous books and publications, theatre and video scripts, she has collaborated as a Puccini and opera expert with many TV and radio programmes for the BBC, Channel 4, France 5/Arté, RAI, Carlo Felice Streaming and Rete Versilia, and holds the singular distinction of having had more performances of her productions at the Puccini Festival than any other director in its 61 years of existence. 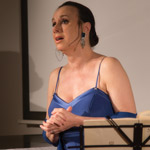 Italian-Swedish soprano, Susanna sings in six different languages and has a vast repertoire including baroque operas and coloratura roles in Mozart operas, as well as Rossini, Donizetti and many others. She exhibits in all the most prestigious theaters in the world and with leading directors. She has also been very successful with contemporary repertoires. 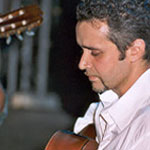 Guitarist, composer and teacher, professional since 1987. In over a 30-year career, he has developed a cross-language between the various stylistic disciplines and guitar techniques in different genres, from jazz to classical guitar. He is considered one of the best Italian teachers for Jazz and Modern guitar; numerous Italian and foreign students have studied under his wing, many of whom are now established professionals. Currently he performs as a soloist or in small musical groups. He carries out an intense didactic activity, teaching basic courses, improvement courses and improvisation. 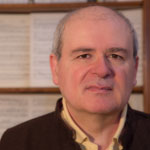 The Italian guitarist composer Ganesh Del Vescovo, now considered a "virtuoso" of the guitar, began his guitar studies as a self-taught artist. A lucky meeting with Alvaro Company (student of Andrès Segovia) led him to attend courses at the "Luigi Cherubini" Conservatory of Florence, where he graduated with the highest honors, and a special mention "for the extraordinary ability to characterize the moods of the works performed". He regularly holds concerts and master classes both in Italy and abroad. 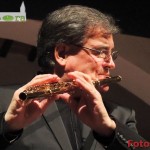 Original interpreter and versatile artist, Roberto Fabbriciani has innovated flute technique. Though coming from a classical background, he has developed one of the most unique careers in contemporary music, collaborating with the main composers of our time. He has played as a soloist with the most important conductors and orchestras. He performed concerts at prestigious theaters and musical institutions and has recorded several albums. He has been professor of master classes at the University Mozarteum in Salzburg and taught private flute lessons and chamber ensembles at NYU Florence program. www.robertofabbriciani.it 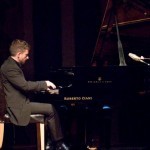 Leonardo studied Classical Piano, Classical Composition and Jazz in Florence; Composition and Jazz Composition at Berkley College in Boston; 20th Century Composition and Computer Music in Paris; Jazz Orchestra Arranging and Composing at Siena Jazz Academy. He earned his Master's Degree in Jazz in 2006. He taught Music Theory and Keyboard Harmony at NYU Florence Music Program from 2008 to 2012. Since 2006 he has been performing in Angelo Branduardi's Group. In 2000 he was a finalist in the European auditions for l'Orchestre National du Jazz Français (the only pianist-keyboard player) and the only pianist accepted in the Orchestre National du Jazz.

ARRANGEMENT AND MODERN COMPOSITION AND JAZZ - MODERN AND JAZZ PIANO 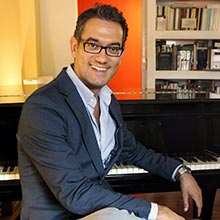 A graduate of the “L. Cherubini” Conservatorium of Florence, Cristiano collaborates as accompanying pianist for operas, operettas, theatrical comedies, auditions for opera singers, opera singing competitions and master courses for singers. The winner of numerous prizes, he also has an intense concert agenda involving singers of international fame in Italy and abroad. 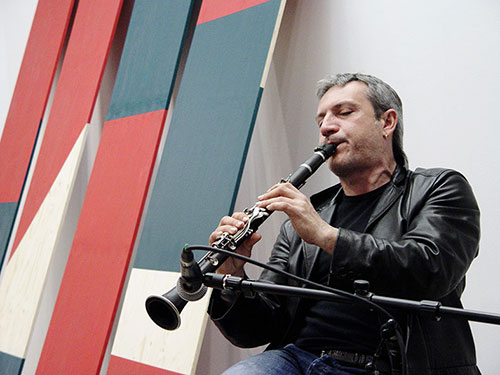 Nico started playing clarinet at the age of 6. Graduating from the Conservatory “Luigi Cherubini” in Florence, he has studied with Dave Liebman and Tony Scott. Since 1987 he has regularly performed in prestigious festivals and worked for the Italian Television. In 1999 he started his collaboration with Stefano Bollani and Enrico Rava. He has taught at the Washington University in St. Louis and since 2006 he is a member of the Vienna Art Orchestra.