The course introduces the student to the world of Italian Cinema. In the first part, the class will be analysing Neorealism, a cinematic phenomenon that deeply influenced the ideological and aesthetic rules of film art. In the second part, we will concentrate on the films that mark the decline of Neorealism and the talent of ‘new’ auteurs such as Fellini and Antonioni. The last part of the course will be devoted to the cinema from 1970’s to the present in order to pay attention to the latest developments of the Italian industry. The course is a general analysis of post-war cinema and a parallel social history of this period using films as ‘decoded historical evidence’. Together with masterpieces such as Open city and The bicycle thief, the screenings will include films of the Italian directors of the ‘cinema d’autore’ such as The conformist, Life is Beautiful and the 2004 candidate for the Oscar for Best Foreign Film, I am not scared. The class will also analyse the different aspects of Film making both in the Italian and the U.S. industry, where Tina Fallani - course instructor - worked for many years in the Editing Department on Films such as The dead poet society and The Godfather part 3. The Films in DVD format are dubbed in English or sub-titled. 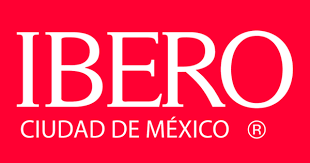