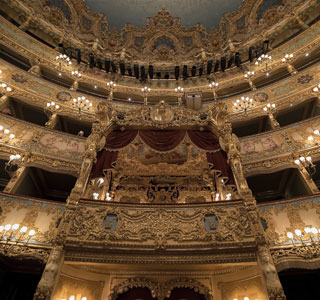 With the support of audiovisual and multimedia tools, the students of the History of Theater course will deal with the language of the stage and its regional declinations, which have strongly influenced the development of theater in Italy.

Course topics: the origins of the theatre; storytellers and street theatre; the Laude and the sacred representations; the Commedia dell'Arte and the masks; the 16th century and court comedies; from the Arcadia theater to Metastasio; the 18th century: from Vittorio Alfieri's tragedy to Carlo Goldoni's bourgeois comedy; the 19th century and bourgeois drama; the theatrical work by Luigi Pirandello; Eduardo De Filippo and the Neapolitan tradition; contemporary theater and Dario Fo.

Once you purchase the package of lessons, course dates can be agreed upon.